Kohl – Made from ground galena (lead-based) and oil or water, Kohl was used as eyeliner. Eyeliner developed as a way to protect the user’s eye from the glare of the sun – much like sunglasses are used today! However, early forms of eye makeup were applied using the finger. This produced thick eyeliner around the eyes. Over time, brushes made of fibers and animal hair were used, which led to thinner eyeliner and eventually the “cat eye.”  This particular style of eyeliner application was also a form of worship to the cat goddess Bastet. 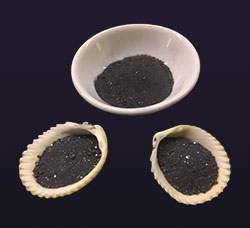 Malachite – Found in the mines of northern Egypt, malachite is a mineral that the Ancient Egyptians used to make eyeshadow. The ground material would be combined with oil to adhere to the skin, leaving a green color on the eyelids. The green color was associated with the goddess of love and beauty, Hathor. Though time-consuming, this make up was used by upper class Egyptians. 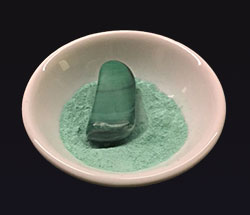 Ochre – A naturally occurring earth pigment, ochre was commonly found in Egypt. Obtained by mining clay from the ground, ochre was isolated through washing. This would separate the ochre and sand in the clay. Ochre was used to create red/orange/yellow cosmetics and used mainly in lipsticks and blushes.

Henna – Much like people today, Ancient Egyptians used Henna for body art. Henna could dye hair, paint nails and create temporary tattoos.  For hair dye, henna would leave the hair a vibrant red-orange color, whereas when applied to the skin, the dye would leave a deep red-brown color. Various mummies were discovered with red hair or with henna-painted fingernails, hands, and even toes! Because Henna is a temporary dye on the skin, this implies that henna was used both during a person’s life, as well as during the mummification process. 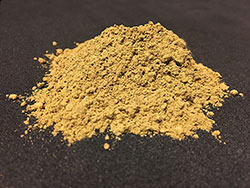 For more information and examples of the different cosmetic items found in Ancient Egypt, please join us at the Cosmetics workshop every 2nd Saturday of the month at 12:30 pm!