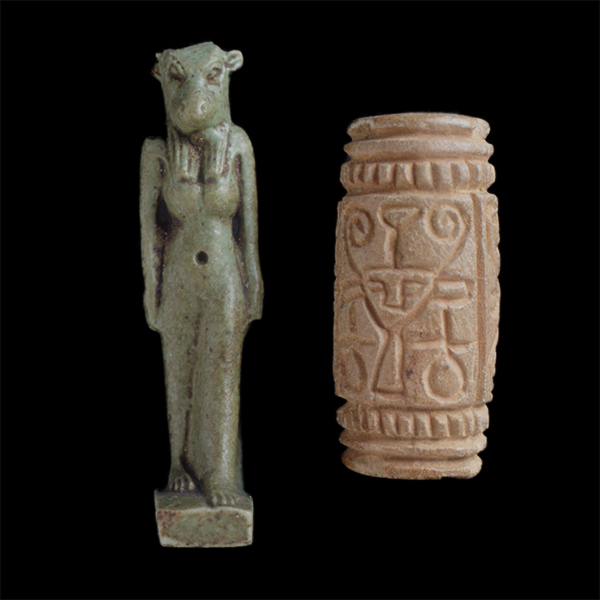 Hathor was one of the forty-two state gods and goddesses of Egypt, and one of the most popular and powerful. She was goddess of many things: love, beauty, music, dancing, fertility, and pleasure. She was the protector of women, though men also worshipped her. She had priests as well as priestesses in her temples.

In her role as goddess of beauty, she was the patron of cosmetics. Wearing cosmetics was seen as a form of worship to Hathor, and offerings of mirrors or cosmetic palettes to her were common. Every year, her statue would be carried in a boat to Edfu to be reunited with Horus. A festival celebrating their union would then begin.

Image: RC 64 and RC 1109 Hathor seal and figure at the Rosicrucian Egyptian Museum.