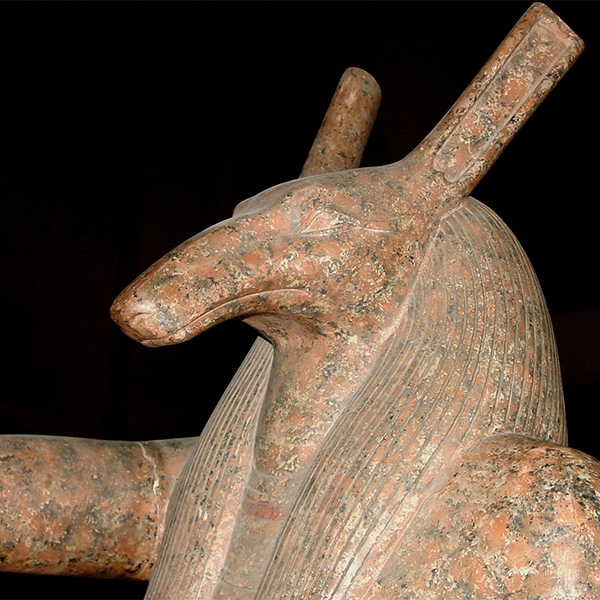 Seth (Set), son of Geb (Earth) and Nut (sky), brother of Osiris, was god of the desert, foreign lands, thunderstorms, eclipses, and earthquakes. Seth was a powerful and often frightening deity, however he was also a patron god of the pharaohs, particularly Ramses the Great. He protected the dead on the way to the Afterlife.

In Egyptian mythology, Seth killed Osiris in an attempt to become the ruler of Egypt, however Osiris and Isis’s son, Horus, defeated Seth in combat. Seth then was adopted by the sun god Ra. He became the thunder in the sky and protected Ra from the chaos serpent Apophis during the sun’s nightly travel through the underworld. While Seth has been depicted in a variety of animal forms, he is usually depicted as a dog-like animal with a forked tail, called the “Seth animal.”