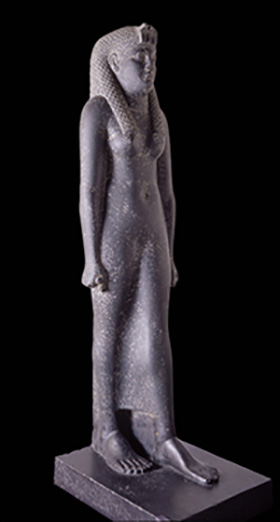 The Macedonian/Greek army of Alexander the Great occupied Egypt in 332 BCE, and the young Alexander declared himself pharaoh. Alexander’s generals, including a man named Ptolemy, split up his empire when he died.

Ptolemy gained control of Egypt, establishing a dynasty that lasted for nearly three hundred years, concluding with the tragic story of Cleopatra.

After Cleopatra’s death, the Romans seized Egypt as its province and used her people to farm food for its troops. Life expectancy of common people dropped sharply under Roman rule. In 384 CE the Roman Emperor Theodosius effectively converted the Empire to Christianity.

Artifacts from the Greek and Roman Periods