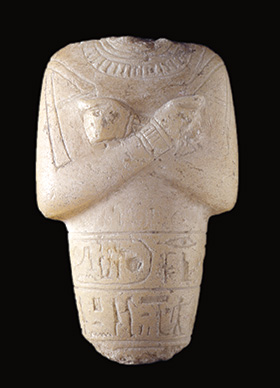 Ramses II, commonly known as “Ramses the Great,” is one of the most famous pharaohs of Egypt. He was known to the ancient Egyptians as Userma’atre’setepenre, which means “Keeper of Harmony and Balance, Strong in Right, Elect of Ra.”

Ramses II ruled as the third pharaoh of the Ninteenth Dynasty. He reigned for sixty-eight years. He ruled for so long that nearly all of his subjects had been born knowing only him as their pharaoh, leading to some panic upon his death that the world would end. Ramses II, whose mummy showed he stood over six feet tall, had over 200 wives and concubines and 156 children.

Ramses II constructed the temples at Abu Simbel, the hall at Karnak, the complex at Abydos, the Ramesseum (tomb complex) at Thebes, and hundreds of other buildings, monuments, and temples. Many historians consider his reign the pinnacle of Egyptian art and culture. The well-known tomb of Nefertari (his first wife and favorite queen) is still stunning today, thousands of years later.