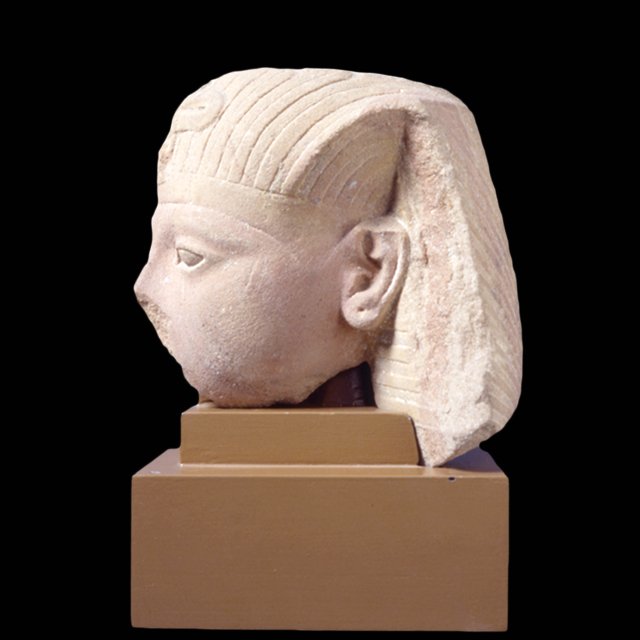 Tutankhamun (commonly referred to as “King Tut” today) was born Tutankhaton, which means “the living image of Aton.” He was the son of Akhnaton, the pharaoh who changed Egypt from a polytheistic to a monotheistic society during his reign. During Tutankhamun’s reign, Egypt’s state religion was restored to the worship of many different deities.

Soon after Akhnaton’s death, Tutankhamun was crowned at Memphis, the traditional secular capital. To symbolize the change in Egypt’s religion from worshipping the Aton to worshipping many deities, Tut replaced the ending of his name, “Aton,” with “Amun” and became known as Tutankhamun. He was nine years old when he became pharaoh and married his sister Ankhesenamun, who replaced the Aton in her name with Amun.

Apart from the transition away from monotheism, there is not a lot of documentation about King Tut’s rule. He is not listed among the classic kings in the Egyptian records like his relatives. Tutankhamun only ruled for nine years and died when he was about seventeen years old. The cause of his death is not known, although there are many theories ranging from malaria to a chariot accident, however assassination has largely been ruled out.

The difference in size of King Tut’s tomb compared to the other pharaohs’ tombs in the Valley of the Kings leads to the conclusion that he was not buried in his intended tomb, probably because he died suddenly and so young. The mummification process took seventy days and after that time period, the mummy must be buried. The tomb Tutankhamun was found in was likely intended for someone else. Some of the world’s leading archaeologists are researching this today.

King Tut’s tomb, discovered in 1922 by British archaeologist and Egyptologist, Howard Carter, was filled with treasures, including his solid gold face mask, a solid gold sarcophagus, a large wooden figure of the god of mummification, Anubis, all four of his canopic jars, two other sarcophagi made of wood and plated with gold, and the mummified remains of two of Tutankhamun’s stillborn daughters.

Clayton, Peter A., Chronicle of the Pharaohs: The Reign-by-Reign Record of the Rulers and Dynasties of Ancient Egypt. Thames & Hudson, New York, 2006.